American stock car racing series NASCAR will no longer be available for viewing in Russia, according to reports, becoming the latest sports company to disappear from the country in the wake of the military operation in Ukraine.

The American sports entity will cease to be broadcast on the Russian station Match TV, according to the Russian NASCAR commentator Vladimir Bashmakov, who revealed the news on his Telegram channel.

“NASCAR terminated the contract with Match! TV. Thanks to everyone who has watched it on the Match channels since 2018.

“It was an amazing time, and by far the best in my professional life. I was worried this offseason about the fate of the new agreement, and then rejoiced when we signed a contract for three years.

“Back in 2017, I never dreamed that we would show NASCAR on such a scale and for so many seasons.

“It’s a shame for all the work that has been done to promote this series and attract viewers. We showed a lot of races. NASCAR ‘saved’ us during the coronavirus pause. I’m glad that many people love these races. And very sad to lose them.

“Many thanks to my colleague Alexei Popov, who also loves NASCAR for all the joint broadcasts. A big thank you to all the viewers.”

Match TV general producer Alexander Tashchin appeared to suggest that the NASCAR broadcasts had fallen foul of international sanctions, given that the signal originates through the United Kingdom.

“Unfortunately, I have to announce the suspension of broadcasts of the NASCAR racing series. The signal is delivered through the UK, which means it is subject to sanctions legislation. We made a request for the possibility of receiving a signal in another country. We hope that the series will return to the air soon,” he said.

NASCAR’s withdrawal from Russia comes a month or so removed from a pledge made by Hall of Fame NASCAR team owner Richard Childress, who said that he was to donate 1 million rounds of ammunition to Ukraine to assist them in the conflict with Russia.

“I was listening the other day to President Zelensky say he didn’t want out, he needed ammunition,” Childress said in an interview with Fox News. “I called my good friend Fred Wagenhals, who is the Chairman of Ammo, Inc. … and I said, ‘Fred, we have to help these people. They need ammunition,’ and he stepped right up.

“To see the people in Ukraine fighting, it’s terrible to see the lives that are being lost over there. We have to do all we can, and I felt with Ammo Inc. and myself, we were doing the right thing.”

The NASCAR exit from Russian television mirrors that of several other sports leagues, including the English Premier League, which ended its association with Russia in the wake of the onset of the military operation which began in late February. Formula 1 has also canceled its broadcasts in Russia. 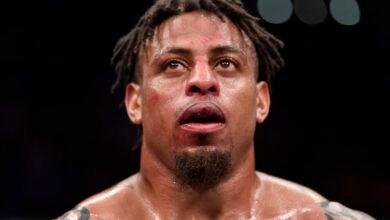 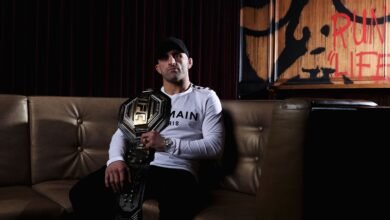 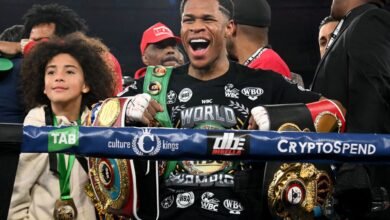