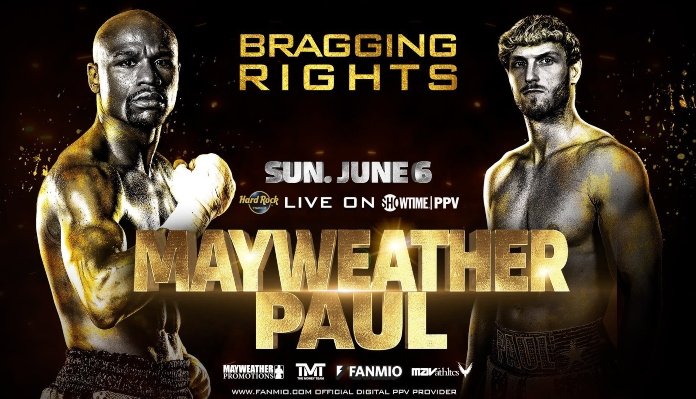 Boxing legend Floyd Mayweather returns to the squared circle this evening for an exhibition bout with YouTube star Logan Paul.

Mayweather, who is now 44-years-old, has not competed professionally since improving his overall record to 50-0 with a TKO victory over Conor McGregor in 2017. With that said, ‘Money’ most recently had his hand raised in an exhibition bout with RIZIN star Tenshin Nasukawa on New Years Eve in 2018, earning a first round TKO.

Meanwhile, Logan Paul (0-1) has only fought once as a professional, dropping a split decision to KSI in November 2019. Although he lacks experience, the YouTuber will have a thirty-four pound advantage over ‘Money’ this evening.

According to Floyd Mayweather, he is guaranteed a minimum of $30 million for tonight’s matchup. With that said, he expects to bank between $50 and $100 million total once all of the pay-per-view buys have been tallied.

In addition to Mayweather vs. Paul, tonight’s event in Miami also features the boxing debut of former NFL star Chad Johnson. The former Cincinnati Bengals wideout will be squaring off with BKFC veteran Brian Maxwell.

Get all of tonight’s live results and highlights below:

‘Mayweather vs. Paul’ live on PPV at 8pm EST

How do you think tonight’s Mayweather vs. Paul boxing match will play out? Share your thoughts in the comment section PENN Nation!