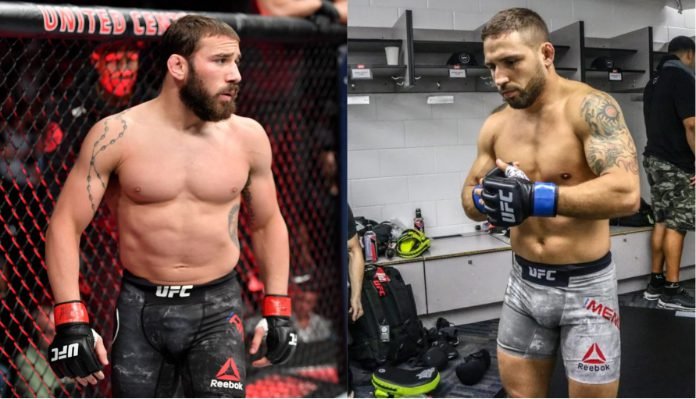 Jimmie Rivera says his BKFC debut was originally supposed to be against Chad Mendes.

Rivera is set to be the co-main event of BKFC 26 against Howard Davis but that was not always the plan. Instead, he says he was offered Mendes in both of their BKFC debuts but ‘Money’ turned the fight down.

“Only if he accepts it, I was told he didn’t want it,” Rivera revealed on Just Scrap Radio on BJPENN.com. “I was supposed to be his debut fight, as far as I was told by my management and he turned down the fight. I can’t blame him, I wouldn’t want to fight Jimmie Rivera either, that is what I was told. Will it happen? I can’t really tell you. If I was Chad Mendes coming off a big knockout, I’d be looking for the belt, the winner of this fight or he gets one more and then fights for the belt.”

Whether or not it will happen in the future is uncertain. But, for Jimmie Rivera, the focus now turns to Davis and getting his hand raised in his BKFC debut.

If he wins, perhaps BKFC looks to make the Rivera-Mendes fight and the winner gets a title shot. Rivera also says he might even call Mendes out to insure the fight happens next.

“Maybe you can promote it? I could always call him out, I don’t mind doing that. I was looking forward to him as my first fight. We will have to see,” Rivera said. “At this point now, it’s one of those things that sometimes you are trying to fight the fights you want that are big fights, those people don’t want it. The people who want to fight aren’t the people that aren’t going to help you or your name. I got to get on the mic, promo what I’m going to say as well.”

Would you like to see Jimmie Rivera vs. Chad Mendes in BKFC?