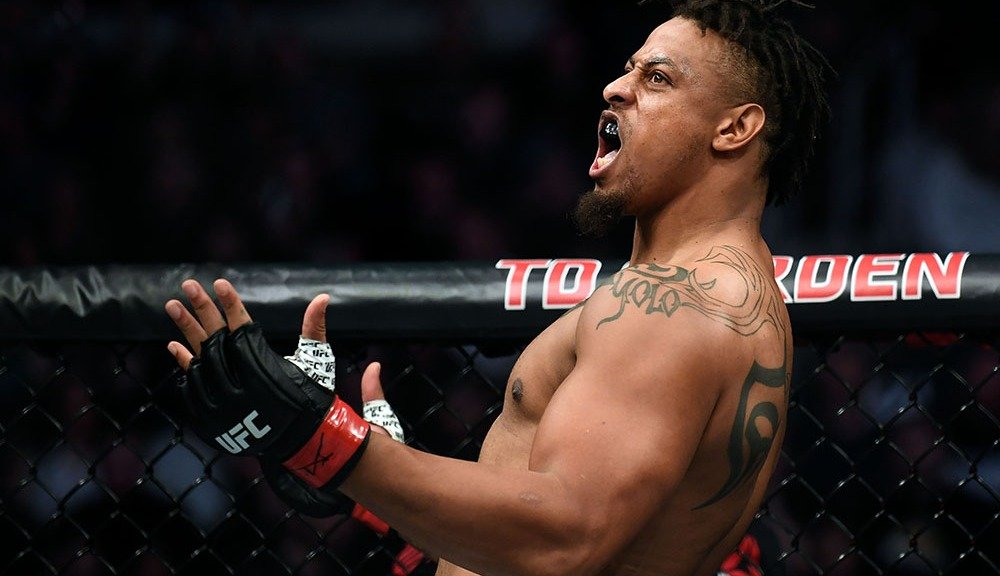 After signing for his professional boxing debut earlier this month, Hardy also will compete in the bareknuckle boxing world. BKFC announced a deal with the 6-foot-5 big man Wednesday.

No terms of the deal were announced, nor were a debut date or opponent.

“I’m excited to start working with Greg,” BKFC president Dave Feldman stated. He’s a tremendous athlete with quickness and incredible strength, as he’s shown in the UFC and NFL. He wants to test himself in bareknuckle and has been training for a fight for the last couple of months. Heavyweight is one of our deepest divisions and his skill set fits right in. We’ll announce the date, location and his opponent shortly.”

The 33-year-old Hardy was drafted by the Carolina Panthers in 2010 after a standout college career at Mississippi. The end of his career with the Panthers was marred by a domestic violence accusation and investigation, and the team ultimately parted ways with him.

Hardy signed with the Dallas Cowboys in 2015, but was there for just one season – including a suspension for the domestic violence charges – which ultimately were expunged from his record.

In 2016, Hardy announced he was going to start an MMA career. His pro debut came on Dana White’s Contender series in 2018, and he picked up two first-round knockout wins under that banner. In January 2019, he made his UFC debut, but lost by disqualification from an illegal knee.

He had ups and downs in the UFC with three knockout wins against Dmitry Smolyakov, Juan Adams and Maurice Greene, and a decision over Yorgan De Castro. But he fizzled out with three straight knockout losses over a 15-month stretch to Marcin Tybura, Tai Tuivasa and, most recently, Serghei Spivac in March.

The UFC let him go after that, and now he’ll try to revive his combat sports career with BKFC.

“I’m back and ready to knock everyone out in the baddest promotion there is,” Hardy stated. “Everyone knows I can knock people out, and that’s what I’m planning on doing. I can’t wait to take the gloves off and rumble for BKFC.”