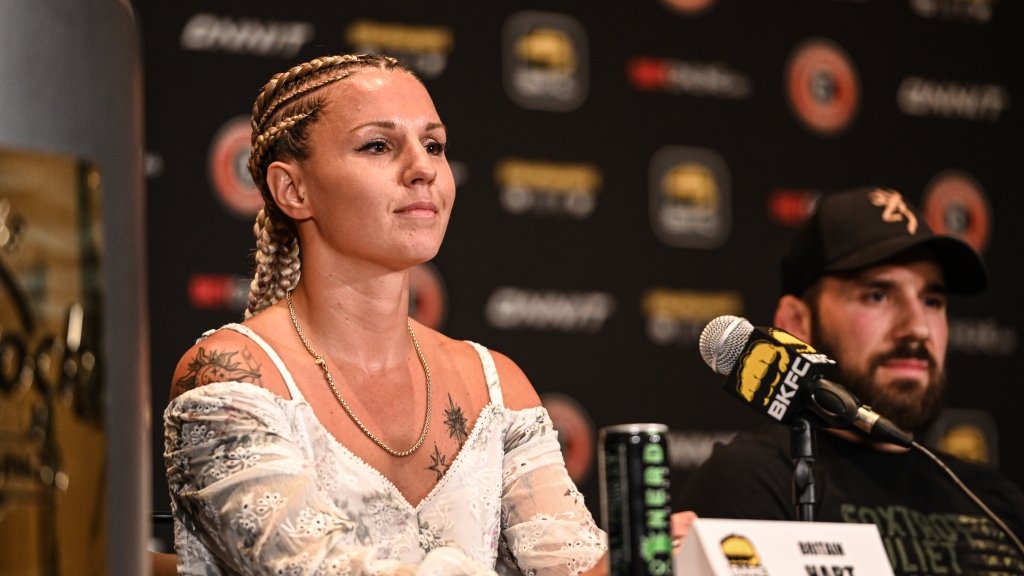 HOLLYWOOD, Fla. – Britain Beltran feels there’s a lot on the line in her next bout.

The former BKFC women’s flyweight title challenger believes another opportunity to fight for gold could be in her near future if all goes well on Friday night. Beltran is set to take on Bec Rawlings in a rematch at BKFC 26.

Despite coming off a loss to the current champion Christine Ferea, Beltran thinks a win over Rawlings could get her back in another title fight.

“You have ‘Misfit’ (Ferea) vs. ‘Killa Bee’ (Taylor Starling), which whatever, I think I’m a fan of it, and I’m happy for it, so whatever. And then I feel like it’s kind of a tournament. Whoever wins that one between Christine and Taylor and then me and Bec, that’s going to be the next (one). That’s the only thing that makes sense. No one else is quite there yet.”

You can watch Beltran’s full interview in the video above.

Bec Rawlings eyeing BKFC rematch with Paige VanZant: “She beat me in MMA with a really lucky kick”

Luis Palomino: '1,000 percent, I am the GOAT' of bareknuckle boxing