Greg Hardy hasn’t given up on his UFC goals.

Hardy parted ways with the UFC in 2021 after fighting out his contract and has since signed for his professional boxing debut in October and inked a deal with BKFC.

The former NFL standout’s UFC departure was amicable, and Hardy (7-5 MMA, 4-5 UFC) hopes that once he’s able to refine his skills, he can make another octagon run.

“The best organization I’ve ever been a part of, not even second to the NFL,” Hardy said in an interview with Chris Van Vliet. “They hit me up, my contract was already up so we knew it was up. They hit me up, told me ‘If you get some wrestling going in another promotion, we’d be glad to sign you back. Love having you, appreciate you.’

“And I sent them my thank yous and love, went looking for where I can throw these hands and found BFKC. It was actually a really good parting, and I look forward to going back one day and putting on a show for you guys and maybe body slamming somebody for about three rounds when I learn some wrestling.”

Hardy’s UFC departure came after three straight setbacks, most recently a first-round TKO loss to Serghei Spivac at UFC 272 in March. Hardy has been controlled on the ground in several of his losses and is excited to show off his hands at BKFC, where his debut and opponent are yet to be announced.

“In BKFC I’ve spent most of my time boxing, so now I get to be inside my realm,” Hardy said. “We’re focused more on the actual boxing aspect, the conditioning aspect, conditioning my knuckles, my mindset for a different style of fighting.

“A lot of my MMA was grappling, ground and pound, different things that I had to make up for in a fight as opposed to working on a lot of what I’m actually good at which is boxing, striking.”

Photos: Greg Hardy through the years 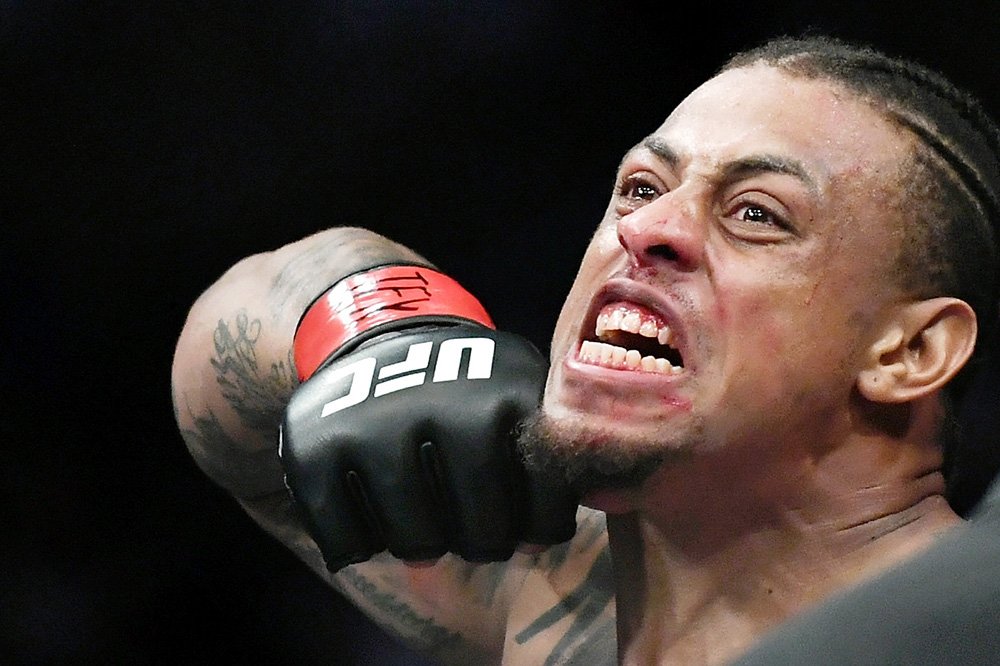 Bec Rawlings proud to be trendsetter in BKFC and fighters starting OnlyFans pages: ‘I’m not afraid to take risks’

Hardy Invited Back To UFC (Under One Condition)