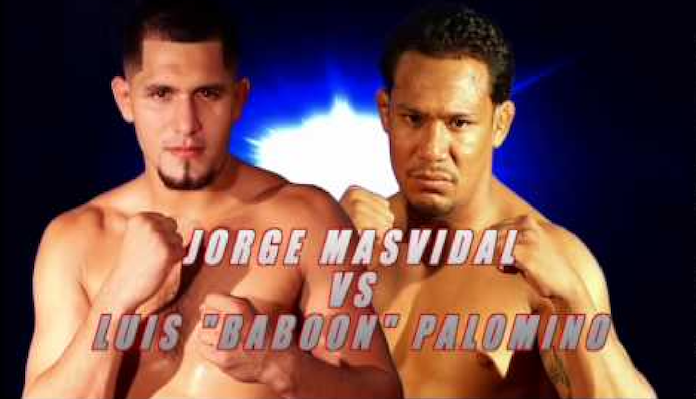 Palomino defeated Tyler Goodjohn via unanimous decision at BKFC 18 on Saturday night. The 40-year-old Miami native is now a perfect 4-0 in BKFC and is currently the promotion’s lightweight champion. During his MMA career, Palomino has fought at featherweight, lightweight, and even welterweight. While he has been doing well fighting at lower weights in BKFC, Palomino is open to fighting up at welterweight again, and it’s because he is looking to get a rematch against one of the UFC’s top superstars in the form of Masvidal.

After defeating Goodjohn at BKFC 18, Palomino took the microphone and called out Masvidal for a rematch. The two met back at G-Force Fights: Bad Blood 3 in January 2010, and Palomino won the fight via split decision. He is hoping Masvidal wants to run it back.

.@luisbaboon calling for a rematch with @GamebredFighter in a #Boxing ring.

What are your thoughts about this? #BKFC18 pic.twitter.com/ovYcAulHsb

“So check this out. If you want your rematch, remember I beat you in (2010) eight pounds heavy. If you want your rematch — I know you’re on the top of the UFC, I know — but, I’ve seen Dave Feldman corner some people in a boxing match. So I’ll represent BKFC and you can represent the UFC and I’ll give you the rematch in the boxing ring with the respect and with Dave Feldman’s permission,” Palomino said to the fans.

While Palomino has been looking great in BKFC with a perfect 4-0 record in the company, he has lost his last four fights in MMA and seems unlikely to be fighting someone such as Masvidal anytime soon, especially since they are in different promotions. That being said, it’s certainly a worthwhile callout for Palomino in order to gain some more attention.

Do you want to see Luis Palomino and Jorge Masvidal run it back?

Barrie Jones Reveals The Secret Behind His One Punch Knockout Power! | BKB 21 INTERVIEW