Michael Page’s next fight will be in bare-knuckle boxing.

The Bellator welterweight contender has signed a one-fight deal with BKFC to fight former UFC welterweight Mike Perry in the main event of BKFC 27 on Aug. 20 in London, the promotion announced Thursday.

Page, 35, remains under contract with Bellator, a promotion official informed MMA Junkie. Bellator is allowing him to take the fight outside, which follows such past allowances, including most recently to Sergei Kharitonov and Islam Mamedov fighting for Eagle FC. In 2017 and 2018, Bellator granted Page permission to take boxing matches while still under contract.

Over the course of @MichaelPage247’s 18-fight career at @BellatorMMA, we’ve allowed Michael to challenge himself outside our cage in professional boxing. We wish him luck in this match as he resets for another run at the Bellator title.

“MVP” recently informed Metro Sport that Bellator allowed him to take a fight this summer, as he otherwise likely wouldn’t be able to compete until October. MVP is coming off a split decision loss to Logan Storley in an interim title fight at Bellator 281 last month, which snapped a six-fight winning streak for Page.

Page has no prior experience in bare-knuckle boxing. Outside of MMA, Page has competed twice in professional boxing and once in kickboxing, winning all three bouts.

Perry is coming off his bare-knuckle boxing debut this past February when he defeated Julian Lane by unanimous decision at “BKFC: KnuckleMania 2.” Perry is most famous for his stint in the UFC where he competed from 2016 to 2021, fighting notables such as Donald Cerrone, Vicente Luque, Paul Felder, and others. 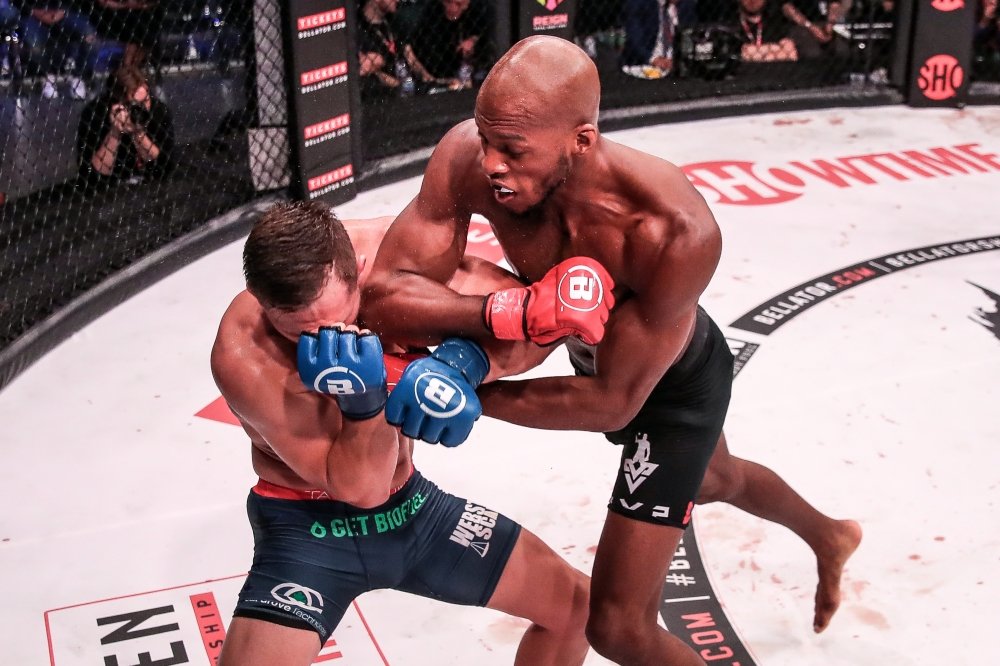