American golfers who have opted to play in the LIV Golf Invitational Series have been accused of betraying their country.

According to the chair of a group for families of the victims of the September 11 attacks in 2001,  members are “outraged” by US golfers such as Phil Mickelson, Dustin Johnson, Patrick Reed, and Bryson DeChambeau defecting from the PGA Tour and have written them a letter explaining how they feel.

“Please rethink your membership in this Saudi enterprise,” demanded Terry Strada, who is the widow of a 9/11 attacks victim, while urging the players to reconsider “so that you can stand with us” and send a message to the Kingdom that “you cannot buy respect, you must earn it.”

Strada said that her community wanted to express its outrage with the players and remind them of the responsibility that their “new business partner”, Saudi Arabia, “shoulders for providing the financial support and logistical support that enabled the terrorists to attack our nation and kill our loved ones”.

“Much to our disappointment, you appear pleased to be in business with them. Given Saudi Arabia’s role in the death of our loved ones and those injured on 9/11 – your fellow Americans – we are angered that you are so willing to help the Saudis cover up this history in their request for ‘respectability.’,” it was also said.

Strada’s group has sued the Kingdom of Saudi Arabia for alleged complicity in the 9/11 attacks which it denies, and feels that their loved ones’ memories are being insulted.

The letter criticized a “pathetic position” that one of the golfers’ foreign colleagues had by claiming that they are “just golfers playing a game”, as well as golfers “blandly treating the evils of the Saudi regime as ‘human rights’ concerns”.

“You’re all Americans, keenly aware of the death and destruction of September 11,” the players were reminded.

“Whether it was the appeal of millions of dollars of hard cash or just the opportunity to prosecute your professional grievances with the PGA, you have sold us out.”

Not done there, Strada and her group demanded that the golfers should not be allowed to represent the US in the Ryder Cup typically played against Europe for their “betrayal of American interests in joining the Saudi ‘sports wash'”.

Also this weekend, Hatice Cengiz, who was the fiancee of the Washington Post journalist allegedly murdered at the Saudi consulate in Istanbul on the Crown Prince’s orders, demanded that the rebels should be banned from golf’s major tournaments.

“This will show that there are consequences for supporting murderers, and it will show the murderers that they are not escaping justice,” Cengiz claimed to USA Today. 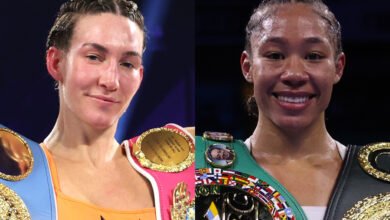