Alan Belcher is one of the few fighters to have walked away from MMA while still being very much in his prime.

The former UFC middleweight contender closed out his career at the age of 29 after fighting Michael Bisping, who would go on to become champion, back in 2013 in the co-main event of UFC 159. He lost a technical decision to Bisping that night in New Jersey as he suffered a nasty eye poke that ruled him out of the bout.

Belcher was on a four-fight winning streak and 6-1 before losing decisions against Bisping and Yushin Okami. Although not in ideal circumstances, few saw Belcher’s exit from the sport coming given his age and standing in the division. Yet, for Belcher it was the end.

“My mind wasn’t in a good place before,” Belcher told MMA Junkie. “I got really big really fast, and I wanted to be UFC champ really fast. I wasn’t maybe mature enough to deal with the things – even injuries.

“How do you know when you have an eye injury if you should stop or you should fight? The doctor says, ‘Hey, it’s up to you, but here are the risks.’ You weigh out those risks and who knows what you’re supposed to do.

“I took a few years and really just learned what I was supposed to be doing and what makes me happy and stuff like that. I changed things around, and now I’m an older, wiser, smarter, harder hitting fighter.”

Why Belcher returned to fighting 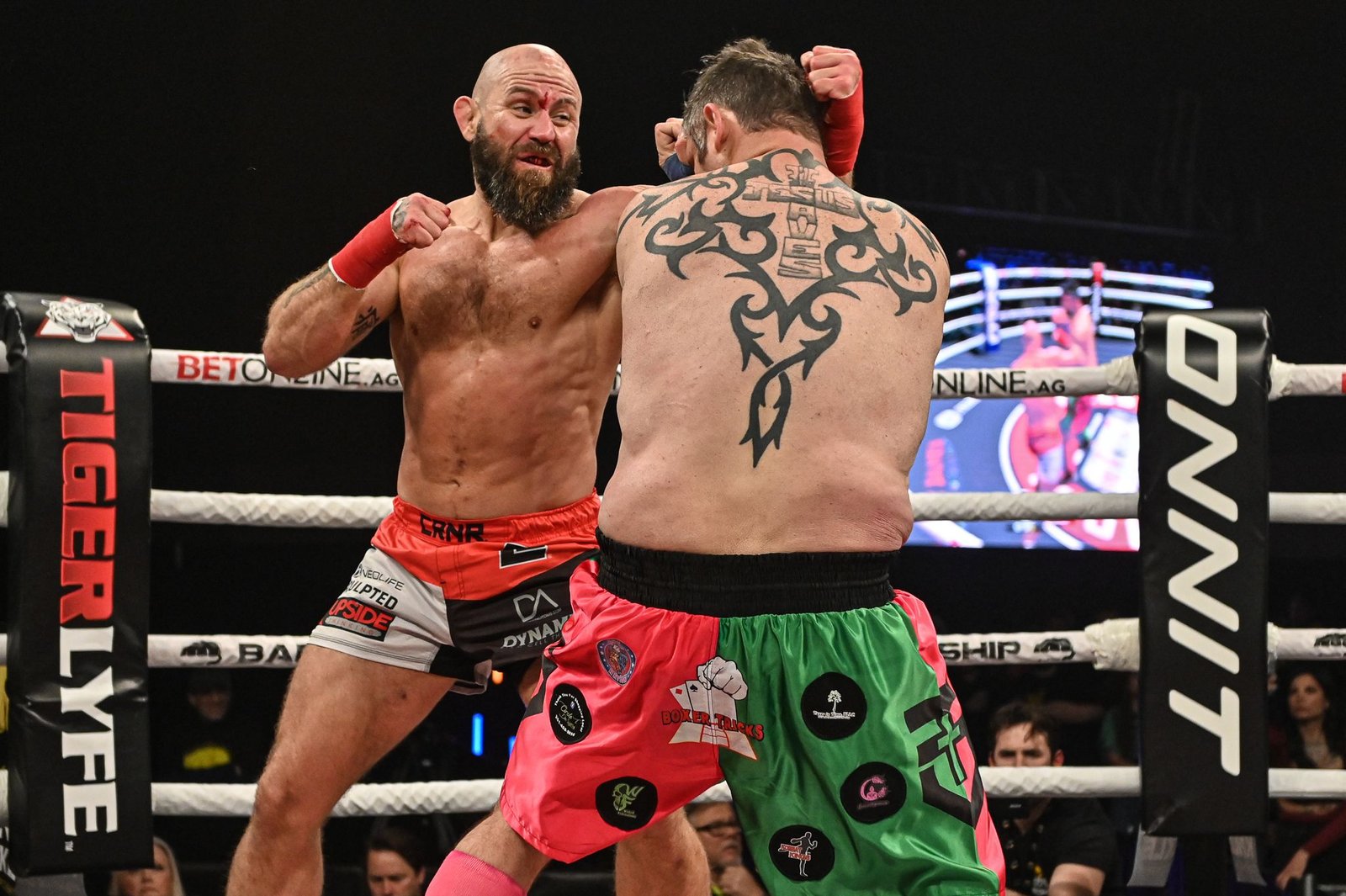 Belcher stuck to his word and didn’t compete for more than eight years. Then in the spring of last year, it was announced that Belcher signed a multifight contract with BKFC, and he was set to make a return in August. It was a big surprise to many given his long absence from fighting.

Many things changed in Belcher’s life that pushed him toward a comeback.

“I really needed much-needed healing and therapy and things like that,” Belcher said. “So a break was needed, a total reset of what I was, who I was, what I was trying to accomplish in my life, and just focus on other things to realize what I should be doing.

“I changed things around. I changed my ego. I wasn’t a fighter anymore, and I had to be something else. It gives you a different place to look at fighters and fighting, so you can enter back in on your own terms. I thought about it for years, and you’re always going to think about it and regret it, and you don’t want to live your life later with regret.

“I left a lot on the table with my career, I believe. Not to sound too arrogant, but I feel I was one of the best fighters in the world. … You always want to know how far you want to take it. And to me, that’s my job, to show my kids and other people. We’re capable of doing anything we want to in this world, we’re the ones in charge of our reality and manifesting our destiny. Once that became clear to me, I was sitting in a nice position. I was wise, my mental health was good, my physical health was good, and I still have athletic prime left. So those mixtures are really good.”

With a new mindset and now at heavyweight, Belcher went on to have a successful BKFC debut, defeating combat sports veteran Tony Lopez by unanimous decision.

He followed that up with a debut in boxing in November when he stopped Ryan Shough in the second round in a Mississippi regional promotion. Belcher went back to BKFC in January to pick up his second stoppage win since his return, this time putting away Bobo O’Bannon in the first round of their contest.

Looking ahead, ‘open to anything’ 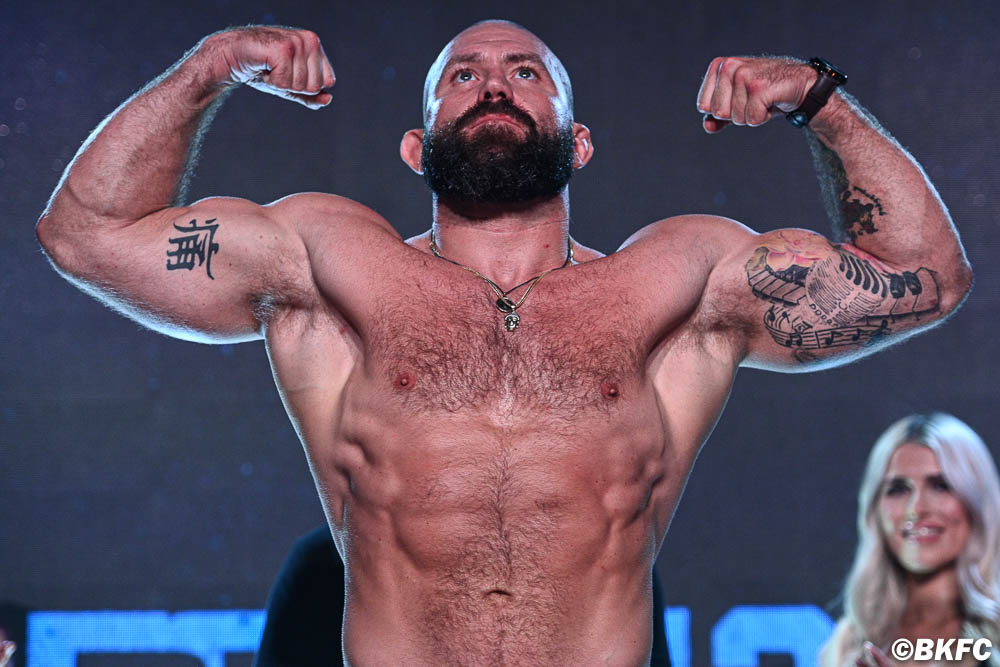 Now the 38-year-old Belcher is set to return Saturday in what’s likely going to be a title eliminator against Frank Tate in the main event of BKFC Jackson 2 in Mississippi.

Belcher is focused on defeating Tate and then shifting sights to BKFC champion Arnold Adams. But despite his promising career in bare-knuckle boxing, MMA still remains in the back of Belcher’s mind – and he’s not ruling out a return.

“I’m really open to anything,” Belcher said. “I do know that if I come back to MMA, I’m going to have a lot of new skills from what I’m doing now, mentally being a big part of it.

“In a way, I think I would do better at MMA than probably boxing and bare-knuckle boxing because now I have better hands and just a better way … a more technical, more methodical type of system to fight with and everything. But whatever the payday is, whatever gets me excited and whatever pays the most. To me those are big deals to me. If I’m passionate about it, I might do an MMA fight.

“Let’s say I win this (BKFC heavyweight title, and I get a couple of big boxing paydays, and I’m OK with it. For my own personal bucket list, I would do one MMA fight again, or maybe that all leads to some type of big crossover fight. Hopefully what I would like to see is, once I get the belt is challenge other champions, especially like the free agents that can do it like Francis Ngannou, challenge these guys to bare-knuckle boxing.” 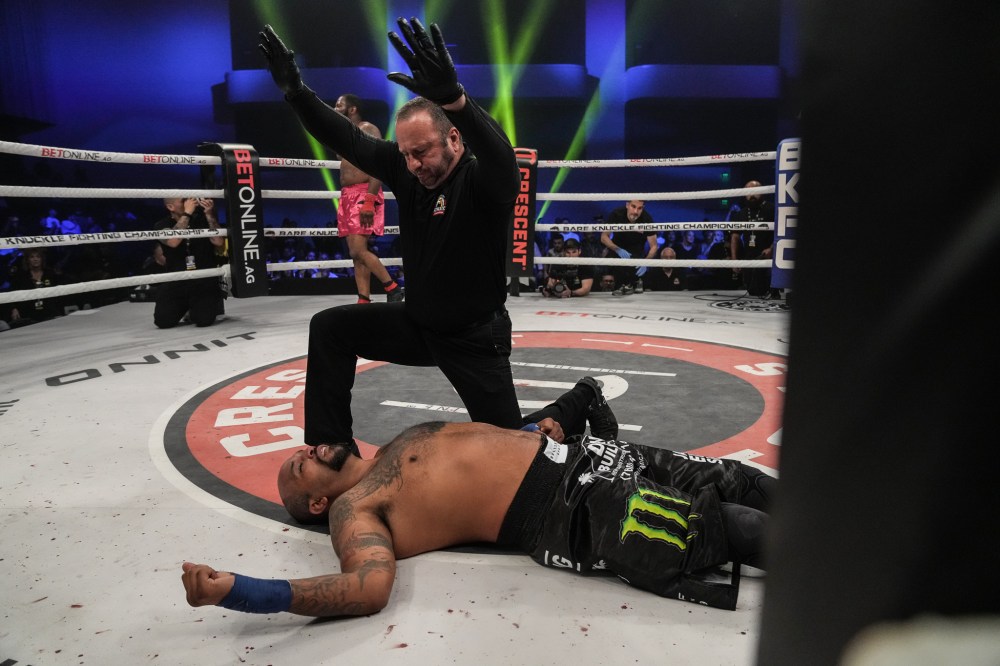